Tales of the Ultimate Sportsmen

11/27/2003 This Story was Found Untrue. There is many different versions of this story floating around the internet. One of our readers pointed out to us that our version is wrong. We believe the real version is located here: http://www.angelfire.com/ak5/jlu3947/hinchbear.html

Big Bear Story
The following pictures are of a guy who works for the forest Service in Alaska. He was out deer hunting. A large world record Grizzly charged him from about 50 yards away. The guy unloaded a 7mm Mag Semi-auto into the bear and it dropped a few feet from him. The thing was still alive so he reloaded and shot the bear 7 more times in the head. The bear weighed over 1600 hundred pounds and stood 12 foot six inches at the shoulder. It is of course a new world record. The bear was responsible for the killing of 6 other people. The DNR never let him keep the bear. Think about it. The bear standing on its hind legs could walk up to the average single story house and look over the roof. The last picture was the bears last meal. The guy was a bow hunter baiting his stands. 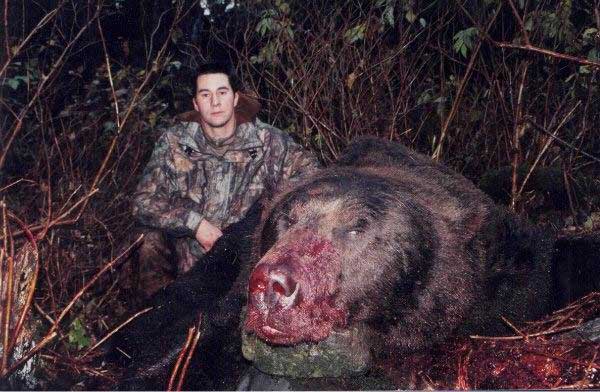 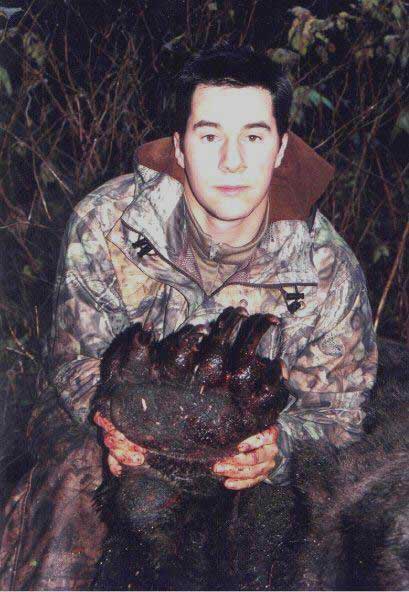 This one is a bad one 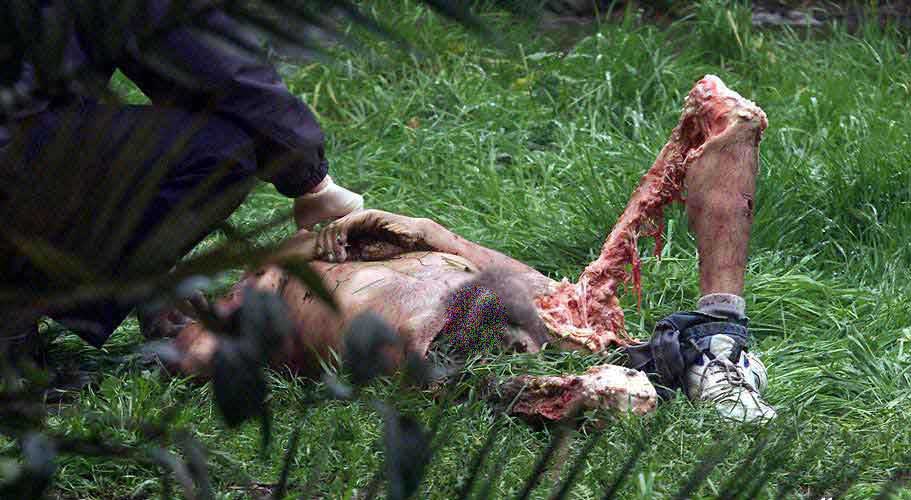 Back to Weird and Unbelievable Stories